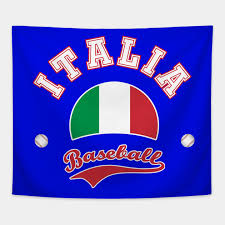 As an avid baseball fan, I was not surprised to learn that the Chicago Cubs had recruited this year a Dominican player named Robel Garcia.  After all, many baseball players come from Caribbean islands.  But I was stunned to learn that he was discovered in Italy and that he had been playing for the Italian Baseball League (IBL).

I began my research. I learned that the overall level of competition in the IBL is considered to be the highest in Europe and that Major League Baseball in the United States scouts for players in Italy to recruit to teams in the United States.  Not surprisingly, players who dream of playing in the majors love to train in Italy—for the food, climate, beauty and friendliness, not to mention the high level of play. 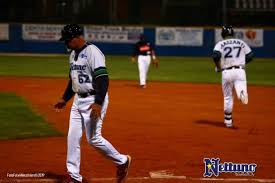 The IBL today consists of 8 teams that are governed by the Italian Federation of Baseball & Softball (FIBS) in Rome.  Half the teams are based in the Emilia-Romagna region of Italy.  A team from the Republic of San Marino also plays in the league.  Team names usually consist of the city name (eg, Parma, Bologna, Nettuno) and the team’s corporate sponsor, much like in Japanese baseball.

Baseball began in Italy during World War II when American G.I.’s taught the game to local children. The first championship was held in Italy in 1948, and today there is a major league, complete with a playoff series in which teams compete for the championship,

called the Scudetto.  According to FIBS rules today, each of the 8 teams plays two 3-game series against every other team, for a total of 42 games in a season.  The four teams that finish with the best regular season record qualify for a round-robin playoff.  The first and second-place finishers of the round-robin play a best-of-7 game series for the Scudetto.The FIBS also determines the number of sport visas granted to non-EU foreign players and also the number of foreign players on the field at any time.

Unfortunately, baseball in Italy is not a growth industry.  The facilities are largely owned and maintained by community governments and teams have few assets.  In the United States, it’s a huge business, much to the chagrin of baseball purists. However, in Major League Baseball, there have been many Italian-American heroes; many are enshrined in the Baseball Hall of Fame in Cooperstown, New York.  One could field several teams of Italian-Americans from historical and current players.  Baseball fanatics will recognize these names:  Managers Tommy Lasorda and Joe Torre, catchers Yogi Berra and Mike Piazza, infielders Jason Giambi, Anthony Rizzo, Craig Biggio and Phil Rizutto, outfielders Joe DiMaggio and Lou Piniella, and pitchers Barry Zito and Dave Righetti.  Not to mention A. Bart Giamatti, a former Commissioner of Baseball, the highest office in the management of the sport.  Current first baseman Anthony Rizzo from the Chicago Cubs recently welcomed the new recruit from Italy, Robel Garcia, with a hearty “Buongiorno” and kisses on both cheeks.

That’s as far as my research took me.  But I have so many more questions:  silly ones like do they sing ‘Take me out to the ballgame’ in English or Italian?  Do they serve hot dogs, beer and popcorn at the games?  What is the sports bar called where people go after the game?  In America, it might be called ‘the Dugout,’ ‘the Bullpen,’ or ‘the Tenth Inning.”  In Italy it’s probably ‘the Fifth Base,’ a coffee bar that might also serves wine. Serious questions surround how to make the game survive and thrive in Italy:  how about bringing major league games to Italy similar to the Yankees-Red Sox series in London?  Maybe George Clooney, a high school baseball star and producer of the movie “the Catcher was a Spy” could bankroll the development of baseball in Italy, with the support of Mike Piazza, Joe Torre, and Major League Baseball.  How do you build grassroots interest in the game in a country that already has a passion for calcio?

Let’s go to playoff games in Italy!  In preparation, here is a brief lexicon to study:

3 Responses to The Italian Baseball League