The Real Little Italy in the Bronx

Once upon a time there was Little Italy in Manhattan, home to thousands of Italians who had emigrated there from the late nineteenth century to the 1950s.  Most came from southern Italy:  the Sicilians settled on Elizabeth Street, the Neapolitans clustered around Mulberry Street, and those from Calabria, Apulia, and Basilicata lived on Mott Street.

Today little remains except the nostalgia.  Starting in the ‘70s, second and third generation

Italian-Americans left in search of more space and upward mobility.  Chinatown encroached from the south and gentrification encroached from the west. Tricolori flags now are interspersed with signs for Chinese dumplings and Vietnamese soup.  The Italian American museum, which recently expanded, remains to document the contributions of Italians to American life.  And there are still some culinary institutions like Di Palo, whose five generations of family members built one of the most famous food stores in the city, which is still frequented by customers like Martin Scorsese.

It is said that the real Little Italy today is in the Bronx, in an area called Belmont, half a mile from the Bronx Zoo.  Some

people call the area Arthur Avenue after the main street, which is bisected by East 187thStreet, and is lined with restaurants, pizzerias, meat and fish markets, bakeries and pastry stores. 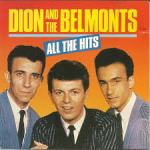 Italians settled in this area in the 1950s, at a time when Joe DiMaggio, Phil Rizzuto, Yogi Berra, Rocky Marciano, and Jake LaMotta ate in the local restaurants.  It was home to Dion Dimucci, who named his do-wop group the Belmonts.

Years ago the restaurants in the neighborhood were so insular that menus varied little, the ingredients were cheap, and the wine lists boring.  But all of that has changed, and even the old-timers have upped their game.  You can eat extremely well now – that is, within an Italian-American context influenced by Neapolitan and Sicilian cuisine. And you can run into celebrities like Joe Torre, Marisa Tomei, and Mario Batali.

What hasn’t changed is the Italian atmosphere of the neighborhood.  It is like a Sicilian village where you go shopping and the butcher advises you of the best cut of meat, and the greengrocer has put aside a basil plant for you before he goes home to get some fresh pasta.  It is full of small Italian shops where you can find everything and you have a personal relationship with the owner, where you stop to talk with people on the street.  When you sit at the bar, you feel like you are in Italy.  All of this is in the neighborhood that was home to the actor Chazz Palminteri and the writer Don DeLillo, and where Joe Pesci began his acting career after being discovered by Robert De Niro in one on the area restaurants where he worked.