They are the two superpower Italian food companies:  Ferrero and Barilla.  Both share long histories with the reins of the

business passed down to family members for generations.  Both have expanded and acquired many other businesses along the way.  Both have aggressive marketing strategies.  And now they may be on a collision course.

Barilla was founded in 1877 as a bakery shop in Parma by Pietro Barilla.  Now great

grandson Guido heads the multi-national corporation and the world’s leading pasta maker.  With 120 different types and shapes of pasta, Barilla commands 40-45% of the Italian market and 35% of the U.S. market.  (In reality, most of the American pasta is made in Iowa or New York using local products.)

Pastry maker Pietro Ferrero founded his company in 1946 in Alba in the Piedmont region of Italy.  Grandson Giovanni now leads the second largest chocolate producer and confectionary company in the world.  Pietro laid the groundwork

for present-day Nutella.  In post-war Italy, chocolate was very expensive.  Pietro set out to make a chocolate treat for children that was affordable.  He put chocolate and hazelnuts together to make a treat that he called “gianduia.”  Later it became a spread called “supercrema.”  The recipe was modified and renamed, and the first jar of Nutella left the Ferrero factory in 1964.  It was an instant success. 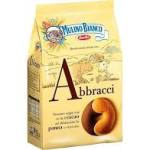 Meanwhile, Barilla was hard at work on its product lines.  In 1974 Barilla launched Mulino Bianco, a subsidiary that makes iconic breakfast cookies.  With cookie names like Taralucci, Batticuori, Abbracci, Galletti, and Girotondi, Mulino Bianco claims that Italians consume more biscotti than Americans!  I guess if one dunks a cookie in your morning cappuccino and alongside your afternoon espresso, and then feed the kids snacks, there may be some truth to this. 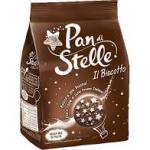 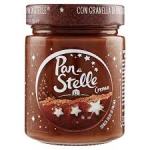 In 1983, Barilla and Mulino Bianco launched Pan di Stelle as chocolate breakfast biscuits.  But it wasn’t until 2018 that things started to heat up.  Barilla introduced jars of Pan di Stelle Crema, a spread made from 100% hazelnuts and chocolate.  Up until this time, the two companies had respected each other’s borders.  Now the juggernaut of Nutella was not about to let this encroachment go unanswered.

Ferrero places great emphasis on secrecy to guard against industrial espionage.  The company’s founder gave two interviews in his life; one was published posthumously.  The company has never held a press conference and does not allow the media to visit its plants.  Ferrero’s products are made with machines designed by an in-house engineering 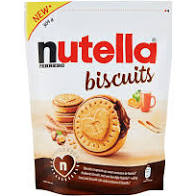 department.  So, its next move is not surprising.  Ferrero quietly tested its new product in other countries.  Then it dipped across the Italian border and rolled out its new Nutella Biscuit in France to start spreading the buzz and the demand among Italians living and traveling abroad.  Then as it unleashed a widespread publicity campaign with huge ads in subway stations, on television screens, and hanging in Rome’s main train station, Ferrero brought Nutella Biscuits home to Italy in November 2019.  The campaign was a huge success:  nearly 6 million boxes were sold in the first four weeks.  The cookies flew off the shelves and were difficult to keep in stock. 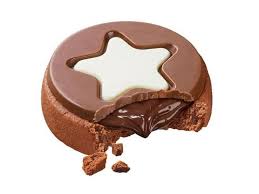 But Barilla had an answer.  Through its Mulino Bianco company and its Pan di Stelle brand, it unveiled Pan di Stelle Biscocrema during a press conference at a rooftop venue in Milan.  The event was catered with cookies, and the bar was decorated with star-shaped lights reflecting the cookies that are topped with a solid star of cream.

Ironically, both companies also compete on an environmental level.  For example, Barilla has invested in a foundation dedicated to environmental sustainability and promotes its rejection of palm oil, a saturated fat in Nutella, that has led to devastating deforestation.  Nutella products use one-quarter of the world’s hazelnut supply.  And while hazelnut trees are disease resistant and drought tolerant, Italian environmentalists blame both companies for the aggressive planting of hazelnut trees that reduces the country’s biodiversity.   It is also ironic that in a country we associate with ripe tomatoes, fresh pasta, olive oil and a healthy Mediterranean diet, snack food is becoming more prevalent along with more corpulent bodies, especially among the children.