Where there is Prosecco, there is a smile

Posted on November 2, 2017 by babbityjean

The news comes from London directly from the newspaper, The Guardian.  An article cites a dentist who says that the teeth of a growing number of Brits are being ruined by Prosecco…by the acidity and the sugars of the Italian wine.  It says that Prosecco causes holes in your teeth, lacerates the enamel, and wears away the gums.

The message is clear: “Brits, save your teeth and stop drinking Prosecco!”  But the prestigious newspaper does not cite any solid scientific basis for this claim.  Why would the bubbly from the Veneto and from Friuli Venezia Giulia be more damaging than that of French champagne or that which Great Britain began producing a few years ago?  There is nothing in the article to suggest that there is anything harmful in the Italian varietal or in the wine-making process of Prosecco. 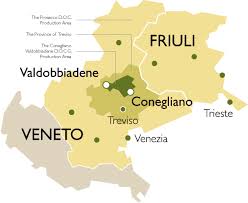 Could there be something else behind the wish to put the Italian wine in the crosshairs?  Let’s look at a brief and recent history of Prosecco and its phenomenal growth.  In 2016, 90 million bottles were sold, a growth of 8% over 2015.  And in 2015 there was a 15% increase over the preceding year with only a small increase in the territory cultivated…from the rugged hills to the plains where the grapes are grown in these two Italian regions.  In fact, the cultural identity of the territory is now a candidate as a UNESCO world heritage site.

euros in 2016, which was an increase of 33% over the preceding year.  The Brits drain 40 million liters a year, thanks also to less expensive price tag than other wines.  The average price of a bottle is between 10 and 16 euros for the consumer, and Prosecco has become ever more popular.

Do you think that as Brexit nears, Great Britain might be looking for ways to increase locally produced products (like the English bubbly) and to find ways to limit imports?  Let’s see what the politicians say.

A few months ago, the former mayor of London told the Italian economic development minister that if you don’t allow the free circulation of goods and people after Brexit, we will block Prosecco.  To which the economic minister replied:  and we will block fish and chips (which I can’t imagine would be a huge loss to the Italians).  Then the governors of the two Italian regions that produce this wine—who are usually on opposite political poles—agreed on this issue.  One called the British article fake news, the other said, “I hope that after Brexit in Great Britain, there is a need to help the citizens to smile again: taken in moderate doses, our Prosecco makes miracles.”

Even if the Brits know that where there is Prosecco, there is a smile, the French won’t be happy when they hear what the Italians say: “For some time now we have been watching champagne in the rearview mirror.”

1 Response to Where there is Prosecco, there is a smile