Who invented the crossword puzzle?

Credit goes to Arthur Wynne, a British journalist who was born in Liverpool but lived most of his adult life in New York City.  On December 21, 1913, in the Sunday supplement of the daily New York World, he published a new enigmatic game called word-cross puzzle.  It was rudimentary compared to today’s puzzles, but it did have defined rules:  inside a diamond-like shape, empty in the middle, you had to insert words of different lengths following the progressive numbering of the definitions shown below, both horizontally and vertically.  (Later, in order to better define the boundaries of the words, black squares were inserted.)  However, due to a typographical error, the game was published with the shortened name of “Cross-word”; Wynne liked it and decided to keep it. 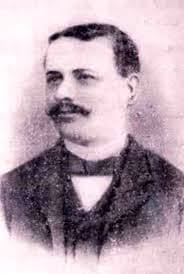 But there are those who claim that the paternity of the crossword puzzle belongs to Giuseppe Airoldi, an Italian musicologist, journalist, and puzzle artist.  On September 14,

1890 (23 years earlier than Wynne) he published a game, called “Parole Incrociate,” (or crossed words) in a Milanese magazine.  It was a small white grid (4 x 4) that did not have black boxes or spaces between words.  Every row and column had its own definition.  By the way, Parole Incrociate was not particularly received warmly by readers.

But the reason that Airoldi is not considered the creator of crosswords?  His game lacked a fundamental element of the crossword puzzle: the black boxes.  The argument goes that Airoldi’s design was more similar to classic geometric games than to crosswords. 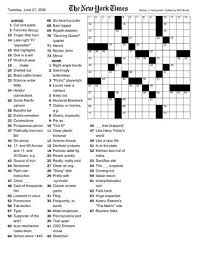