The Mystery of Galileo’s Letter 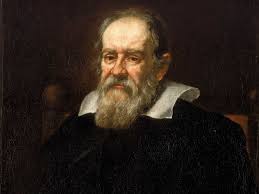 Did Galileo edit his letter to Castrelli to moderate his views on the church and his “heretical” heliocentric view of the universe?  Or did someone send a false letter to the Inquisition against the scientist?  Or did the church amend his letter to prove his guilt during the Inquisition?  In other words, was Galileo doing “damage control” (in today’s parlance) or, as Galileo maintained, was this “fake news” conceived by his enemies out of “wickedness and ignorance”? 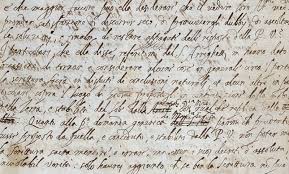 A new copy of Galileo’s letter has come to light solving this mystery.  The letter was discovered in August 2018 in London at the library of the Royal Society.  A young researcher from Bergamo, Salvatore Ricciardo, at day’s end was leafing through a catalogue and stumbled upon it.  It had been incorrectly dated and therefore had been “lost” for more than 250 years.  The origin of the letter has been verified.

Let’s start with a little background and a timeline.  It was in 1543 that the Polish astronomer Nicolaus Copernicus published a book in which he proposed that the earth 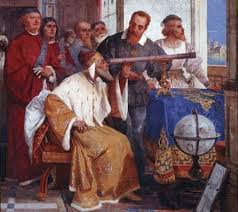 was not the center of the universe but that the planets orbit the sun.  In 1600 the Inquisition in Rome convicted a Dominican friar and mathematician, Giordano Bruno, of heresy for, among other counts, supporting the Copernican model. Bruno was burned at the stake. Then in 1610 Galileo published a book based on his discoveries with his new telescope that supported the Copernican thesis.

Then in 1613 Galileo wrote a letter to his friend Benedetto Castelli, a mathematician at the University of Pisa.  In the 7-page missive signed “GG,” Galileo not only maintained that the planets revolved around the sun, but also claimed for the first time that scientific research must be free from theological doctrine.  Copies of the letter were circulated. 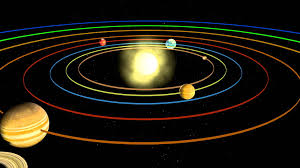 And now the ruckus begins. Dominican friar Niccolò Lorini sent Galileo’s letter to the Inquisition in Rome in 1615.  (A copy of this letter is kept in the Vatican Secrets Archives.) A week later Galileo wrote to his friend Piero Dini, suggesting that the version sent by Lorini had been altered. He attached a less inflammatory version of the letter originally sent to Castrelli, presenting it as the original version, and asked him to get it to the Vatican theologians.  Over the next 15 years, despite warnings from the church, Galileo continued to put forth his views of the Solar System.

Then in 1632 the Inquisition summoned Galileo to Rome to stand trial.  The Lorini letter was used as evidence to convict Galileo of “vehement suspicion of heresy.”  He was given a prison sentence, which was later commuted to house arrest, under which he lived the last nine years of his life.

So what does the newly discovered letter show?  Underneath the amendments in Galileo’s hand, the signed copy discovered by Ricciardo in London is the same as the Lorini copy.  Galileo made the changes to avoid the wrath of the Inquisition.  But the changes are rather minor, meant to soften harsher words.  For example, Galileo at one point referred to certain statements in the Bible as “false” but replaced it with “appears different from the truth.”  In another section, he changed his reference to the Scriptures “concealing” its most basic dogmas, to the softer “veiling.”

Who can blame Galileo for his edits?  At a time when heretics were burned at the stake, he was lucky to receive house arrest.  For now, researchers are amazed by their discovery.  The importance of Galileo’s letter to Castrelli cannot be overestimated.  It is one of the first secular manifestos to call for the freedom of science from religious interference.