Carpaccio is an antipasto that frequently appears on Italian menus, as well as in other cuisines.  In its traditional form, it is very thinly sliced raw beef drizzled with olive oil and lemon juice, and seasoned with salt and pepper.  Over time, carpaccio has evolved to include veal, venison, salmon, tuna, and even duck, which has been either pounded thin or sliced thinly, and served raw.  Its sauces are as varied:  capers and onions, white truffle, parmesan, and even mayonnaise-based sauces.

Carpaccio was invented in 1950 by Giuseppe Cipriani, the owner of the famous Harry’s bar in Venice. According to legend, the Countess Amalia Nani Mocenigo was a loyal client.  One night she informed Cipriani that her doctors had advised her not to eat cooked meat.  What could he prepare for her?  Cipriano returned to the kitchen and came up with paper-thin slices of raw beef seasoned with olive oil, lemon juice, and salt and pepper.  When she asked him the name of the dish, he quickly thought of the exhibition in Venice at the time of the works of the painter Carpaccio, whose use of red  reminded Cipriani of the dish he had created.

Vittore Carpaccio was a Renaissance painter of the Venetian school.  His date of birth is uncertain, but his principal works were executed between 1490 and 1519, ranking him among the early masters of the Venetian Renaissance. He is best known for a cycle of nine paintings, The Legend of Saint Ursula.  Many of Carpaccio’s major works were large-scale detachable wall paintings for the halls of Venetian schools, which were charitable and social confraternities.  Most of his best works remain in Venice in the Gallerie dell’Accademia.

Vittore Carpaccio studied under Gentile Bellini.  Ironically, as the popularity of carpaccio as an antipasto spread during the twentieth century, it was often paired with a drink called a bellini, which is made with peach nectar and prosecco.  It also originated in Venice. 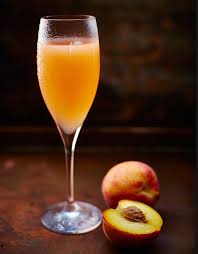