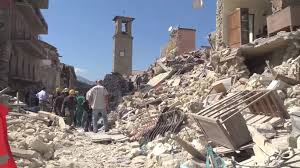 The Amatrice earthquake in August 2016 killed nearly 300 people and caused widespread destruction. For many people, the buildings in Piazza Sagnotti were especially a puzzle:  why did some buildings survive without a crack while others completely collapsed?  It turns out that the buildings that are standing are private, whereas those that collapsed were public.  An engineer, who is also a consultant for the Public Prosecutor’s Office, has reconstructed the causes of the collapsed public residential buildings.   “The first time I visited the site, I realized that the “pancake effect” had occurred, that is, a layering of the different floors of the building.”  He believes that the builders tried to save money on the concrete and the brackets, on the reinforcements and on the thickness of the pillars.  They used poor quality concrete.  And he believes that compliance with building plans –well, either the inspectors did a poor job or were motivated to “turn a blind eye.” 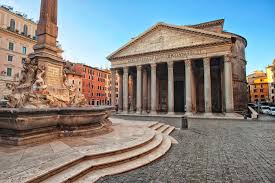 Sad. Unethical. Now criminal.  It is also ironic that such poor-quality concrete came from the land that gave birth to the best cement and concrete ever invented.  It has long been a mystery why Roman concrete structures like the Colosseum, the Pantheon, and Trajan’s markets—with little or no maintenance– have survived more than 2,000 years while modern concrete shows signs of degradation within 50 years.  According to one University of California Berkeley researcher, “Roman concrete is one of the most durable construction materials on the planet.”  What is even more astounding is its survival in the unforgiving saltwater environment. Besides its use in monuments and 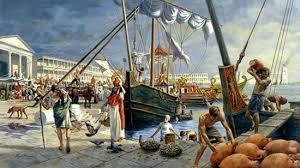 structures, it was used to construct ports, wharves, breakwaters, and other harbor structures. Shipping was the lifeline of political, economic and military stability for the Roman Empire, so constructing harbors that would last was critical.

Despite its durability, Roman concrete is actually 10 times weaker than modern concrete.  The answer to this conundrum lies in the recipe for Roman concrete, which was described around 30 B.C. by Vitruvius, an engineer for Octavian, who became Emperor Augustus.  The critical ingredient is volcanic ash, which the Romans mixed with lime to form mortar.  They packed the mortar and rock chunks into wooden molds immersed in seawater.  When the saltwater infiltrated tiny cracks in the concrete, it dissolved some of the ash, which allowed minerals to grow. This helped to bond and strengthen the concrete.  Therefore, the saltwater, which is so damaging to modern concrete, became a virtue in Roman construction.

The manufacturing of Roman concrete also leaves a smaller carbon footprint than its modern counterpart. The creation of modern cement requires fossil fuels to burn limestone and clays at about 2,642 degrees Fahrenheit (1,450 Celsius).  Approximately 7% of global carbon dioxide emissions every year comes from this production, whereas Roman concrete is much “cleaner” because it requires lower temperatures—about 2/3 of those required for making modern cement. 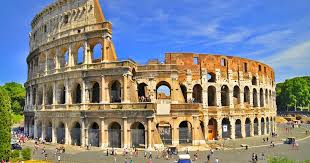 Why did the use of Roman concrete decrease?  As the Roman Empire declined and shipping declined, the need for seawater concrete declined.  In addition, the original structures were built so well that they didn’t need to be replaced.  Why isn’t Roman concrete used today in both Italy and the United States?  There are a couple of reasons:  It is not ideal for construction where faster hardening is needed. In addition, while the “recipe” of the past is known, the exact doses are not.  But researchers are not giving up in their search for a more earth-friendly and durable modern concrete.  One avenue of investigation is finding enough fly ash or an acceptable alternative. Fly ash is an industrial waste product from the burning of coal that is commonly used to produce modern, green concrete, but there are not sufficient supplies worldwide.   Another research avenue is to do as the Romans did: Find and use volcanic ash.