Ecstasy:  It’s not what you think

Is art capable of being transformative or even life-threatening?  Apparently so.  The first known example occurred in 1817 when Marie-Henri Beyle, known as the French writer Stendhal, entered the Basilica of Santa Croce in Florence.  He admired its many splendors, saw the tombs of Michelangelo, Canova, and 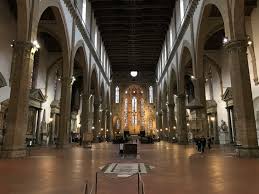 Machiavelli…and he felt overwhelmed.  He wrote later of his experience, “Absorbed in the contemplation of sublime beauty, I saw it closely…I touched it.  I had reached that point of emotion where the celestial sensations of fine arts and passionate feelings meet.  Coming out of Santa Croce, I had heart palpitations, I was exhausted, and I was afraid of falling.”

to beautiful art.  She cared for more than 100 foreign visitors who, after exploring the museums and churches of Florence, became dizzy or unconscious, or experienced panic and anxiety, mild depression, inexplicable euphoria, or even hallucinations.  After nearly 20 years with patients at Santa Maria Nuova Hospital in Florence, she published a study called La Sindrome di Stendhal (The Stendhal Syndrome) in 1989, which described the symptoms, her treatment methodology, and some of her most interesting cases.

Also called hyperkulturemia or Florence syndrome, this disorder is not listed as a recognized condition in the Diagnostic and Statistical Manual of Mental Disorders.  But it does seem to occur with some frequency at the Uffizi Gallery in Florence.  Most recently, a tourist had a heart attack in front of Botticelli’s “Venus.”  He was saved by visiting Roman physicians, who used one of the museum’s defibrillators.

Earlier in 2018, at the inauguration of the renovated rooms of Caravaggio (on the first floor of the eastern wing), a man fainted in front of the “Medusa.”  As Eike Schmidt, the current director of the Uffizi, maintains, “this is a case that can only be explained by the Stendhal Syndrome: otherwise, why lose our senses right in front of the “Medusa,” one of the most disturbing and, at the same time, splendid masterpieces 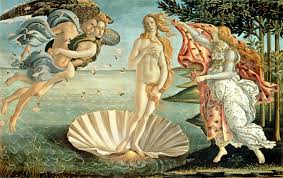 of Caravaggio?”  In 2016, a foreign boy had an epileptic attack, again, right in front of Boticelli’s “Venus.”  One of the room assistants, who had received first aid training for immediate emergencies, came to his aid.

Schmidt continues: “I am not a doctor, and I do not propose a diagnosis but I know that a museum like ours, so full of absolute masterpieces, constitutes a source of emotional, psychological and even physical stress.”  A large museum like the Uffizi (with 2,200,000 visitors in 2017) must ensure rapid assistance.  “We have two semi-automatic defibrillators, the staff is equipped with two-way radios, and we can immediately call 118 (the Italian equivalent of 911).”   By the way, Schmidt had never seen the condition while working in the United States.

This syndrome has also appeared in more modern, popular culture.  La Sindrome di Stendhalis a 1996 Italian psychological horror film written and directed by Dario Argento. The protagonist is his daughter Asia Argento in the role of a policewoman who faints at the Uffizi in front of the “Fall of Icarus” by Bruegel.  Although this painting is not part of the Uffizi collection, the condition that befalls the policewoman takes place at the Gallery in Florence, Capital of Beauty.